Stuart McKay, secretary of the de Havilland Moth Club and all-round expert on all matters DH related, commissioned me to produce two maps for his book on the the MacRobertson Trophy Air Race (also known as the London to Melbourne Air Race) that took place in October, 1934 as part of the Melbourne Centenary celebrations.

The maps showed the the route taken by the competitors – London – Singapore then Singapore – Melbourne during this epic race.
More information on this superb book can be found on the publishers website Tiger House Press. 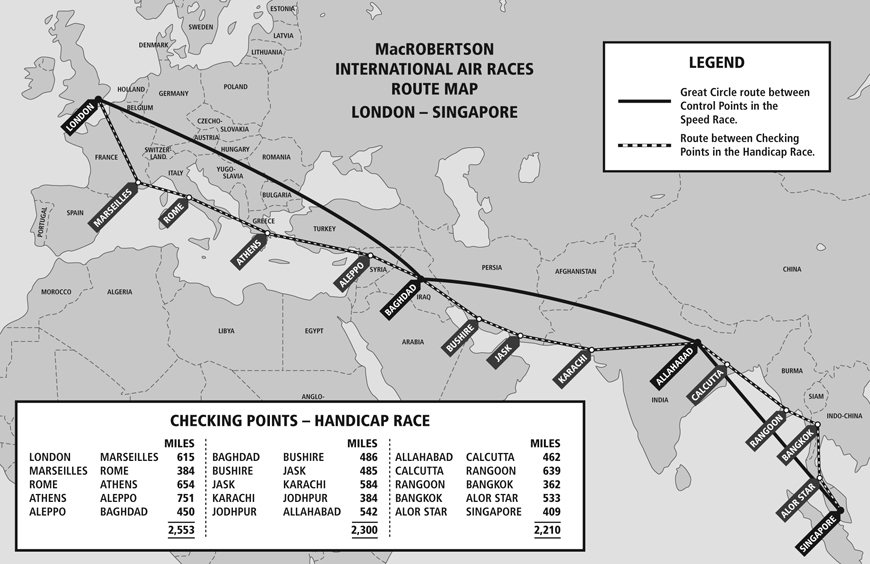 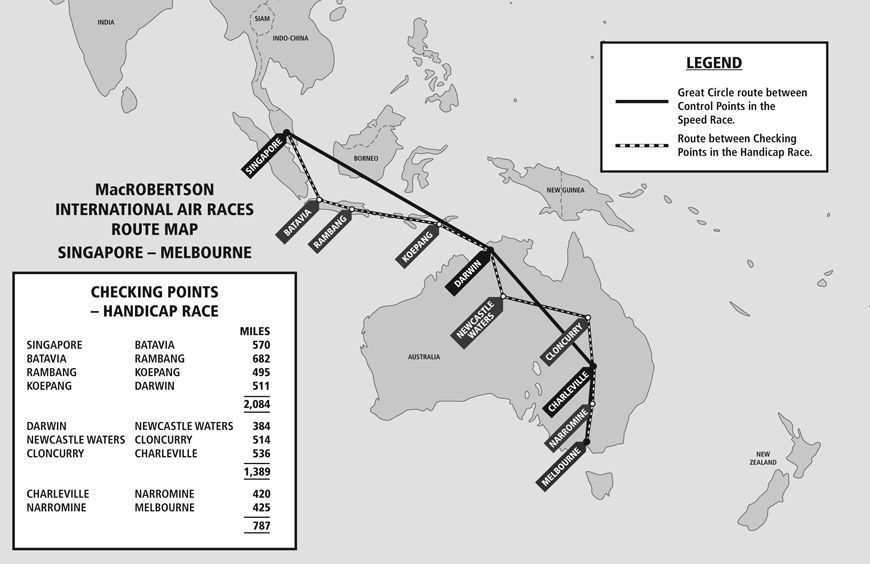