Thinking The Unthinkable:
The Lives of Royal Air Force and East German Fast-Jet Pilots in the Cold War
by Group captain Nigel Walpole

Nigel Walpole commissioned me to design the book cover for his latest title “Thinking The Unthinkable: The Lives of Royal Air Force and East German Fast-Jet Pilots in the Cold War”. Describing the experiences of aircrew from both sides of the Iron Curtain during the Cold War. Launched at the ‘Cold War Reunion’, hosted by The Shuttleworth Collection, Nigel was joined by 8 former East German Air Force pilots and ground staff.

I also designed a limited edition bookplate that was specially commissioned by The Aviation Workshop to celebrate the launch. I also had my copy signed by numerous Cold War pilots with some notable names amongst them including Alan Pollock – famous for flying his Hunter under Tower Bridge as a demonstration against Prime Minister Harold Wilson’s government as depicted here in this superb painting by Mike Rondot (see this link for more details on the incident). 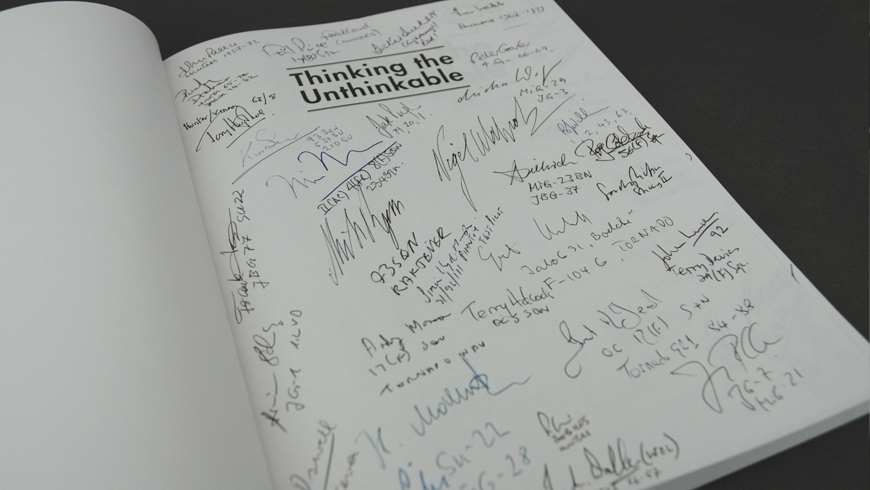 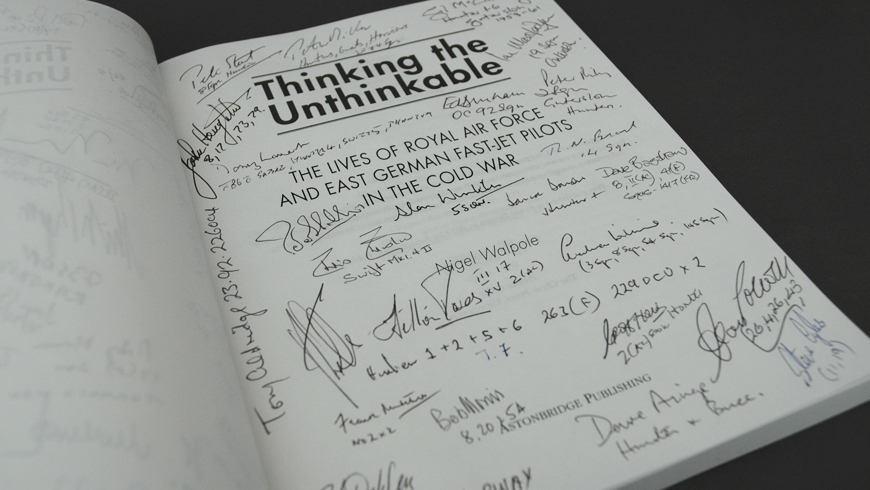